Over on Angela Kennedy’s Community, Creative Souls, I took part in an ATC swap.  The theme was Alice in Wonderland.  Have I ever mentioned I love Alice in Wonderland?  I have adored the books, Alice’s Adventures in Wonderland and Through the Looking Glass since I was a child and have read and reread them more times than I can recall.
This is the ATC I did for the swap.  It went in the mail this morning.
My interpretation of this passage from the book:
‘…This time Alice waited patiently until it chose to speak again. In a minute or two the Caterpillar took the hookah out of its mouth, and yawned once or twice, and shook itself. Then it got down off the mushroom, and crawled away into the grass, merely remarking as it went, “One side will make you grow taller, and the other side will make you grow shorter.”
“One side of what? The other side of what?” thought Alice to herself.
“Of the mushroom,” said the Caterpillar, just as if she had asked it aloud; and in another moment it was out of sight.
Alice remained looking thoughtfully at the mushroom for a minute, trying to make out which were the two sides of it; and, as it was perfectly round, she found this a very difficult question. However, at last she stretched her arms round it as far as they would go, and broke off a bit of the edge with each hand. …’
-Alice’s Adventures in Wonderland by Lewis Carroll

I usually start my art with an idea in mind, which I roughly sketch out.  This weekend, I decided to try throwing some paint on a loose journal page and see what happened.  I really didn’t have anything in mind other than putting some colors on the page and let them take me where they would. 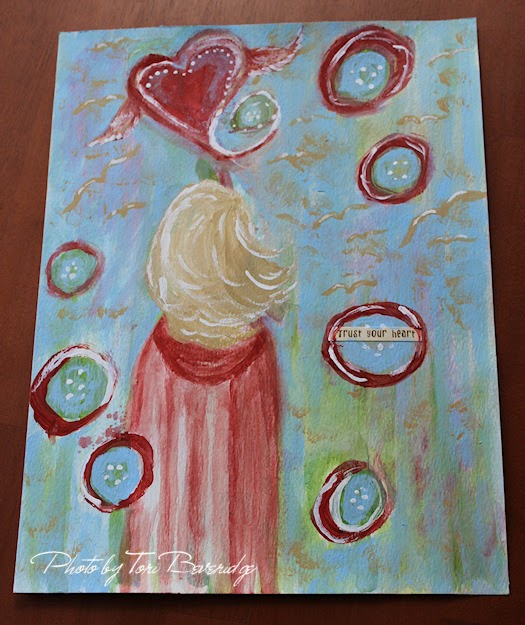 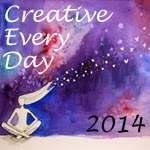