Today’s face is called “Everyone is Beautiful”.   As you can see, I wrote those words in her hair. 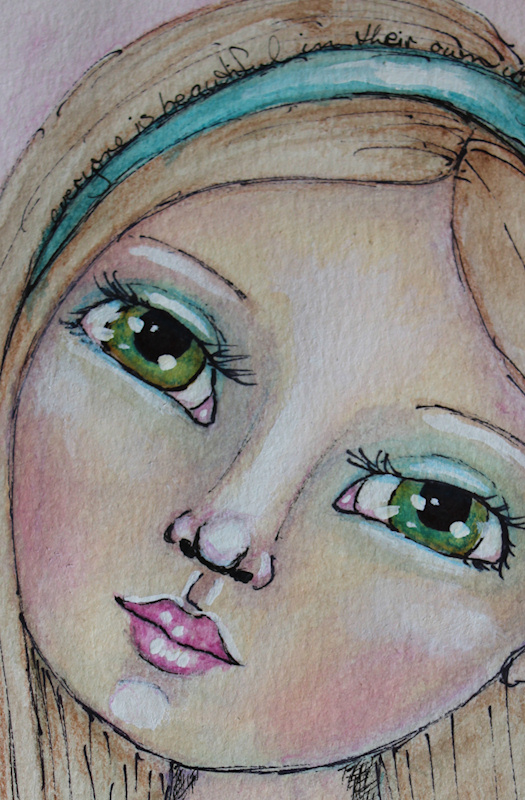 When I started to sketch her, I decided to grab my camera and photograph some of my steps.  I have some friends who are beginning their face painting and sketching journey, encouraged by 29 Faces.  I thought it might help to see someone else go through the stages of a creating a face.
I started with a circle/oval and then divided the face up and placed my eyes, nose and mouth. 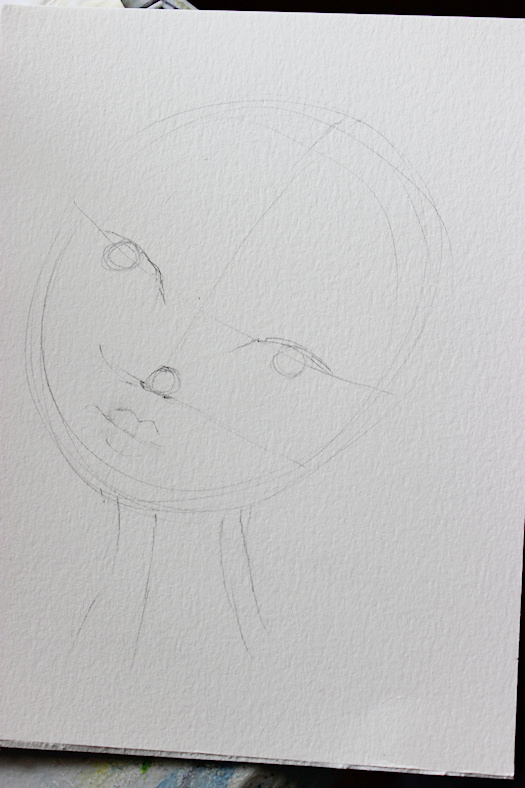 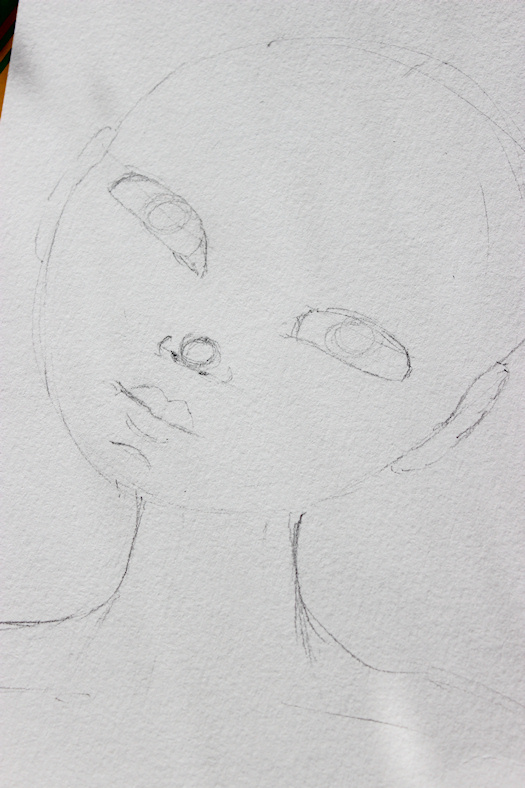 Then I define things a little more.  I added ears (the bottom of the lobe lines up with the nose), shaped the temples, defined nostrils and added a little bit of a chin. 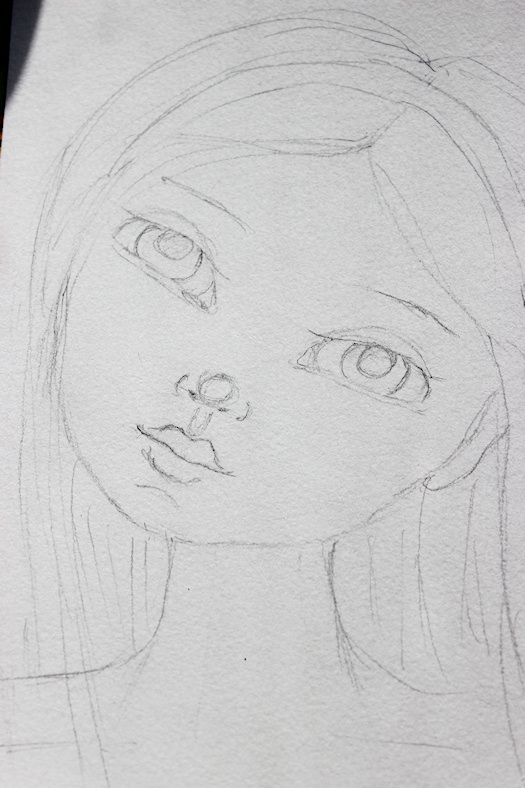 I added hair and eyebrows and worked on the eyes. 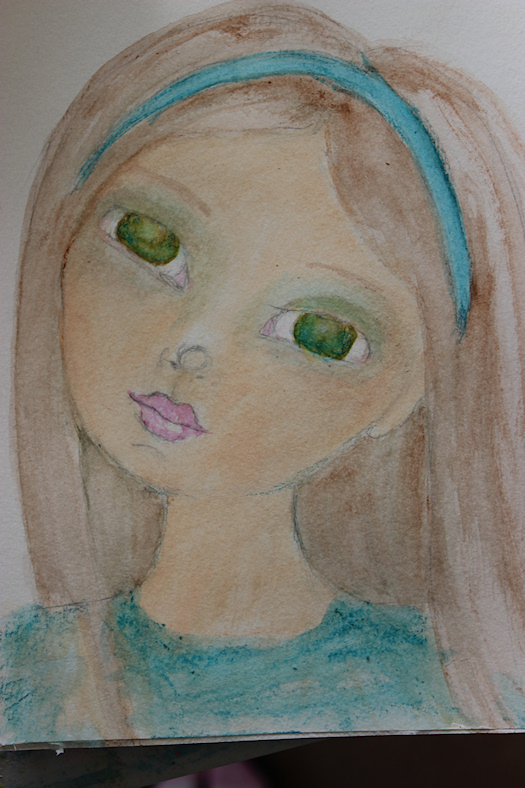 I added color with Neocolor II watersoluble crayons and acrylics. 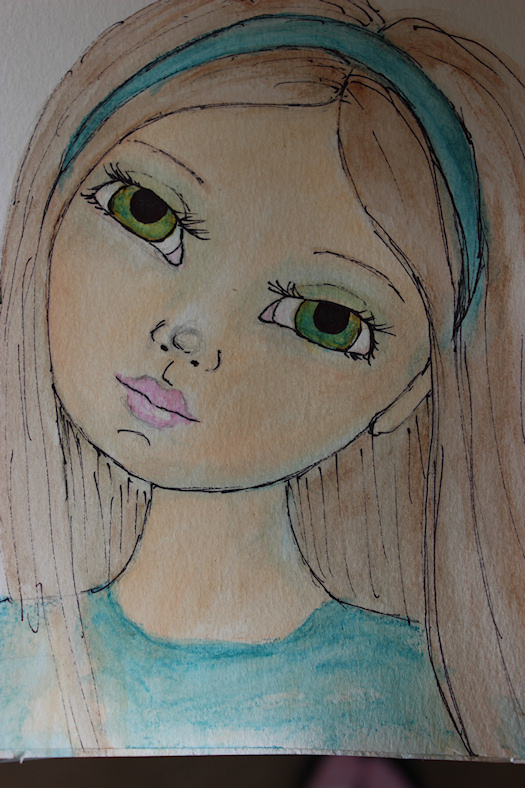 I used ink to redefine the details and added a bit of shading.  I wasn’t loving her too much here.  The eyes are too green.  I tried bringing in a bit more blue for balance.  I also lost the shape of the temple and the ear here, which I had liked before…  It stays lost, but that’s all part of learning.  I’ll worry about ears and temples another day. 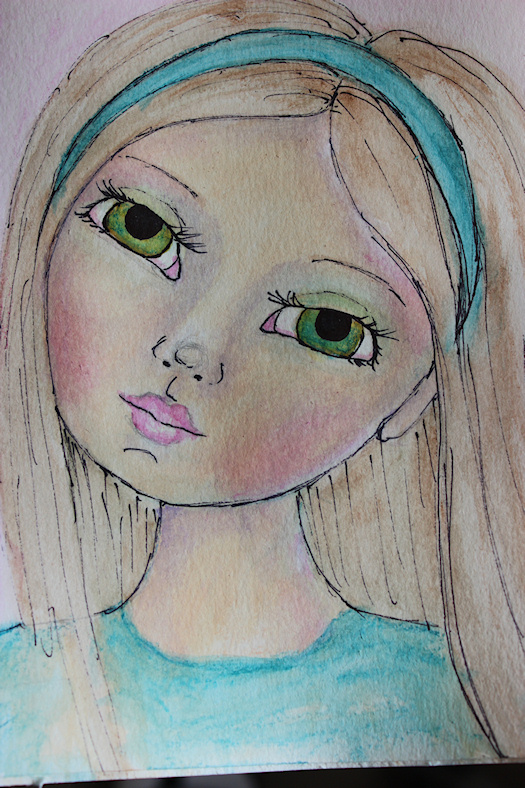 Adding blush and more shading.  I like using a lavender color for shadows.  Her nose needs fixing along with the white areas on the face near her hair which should be darker. 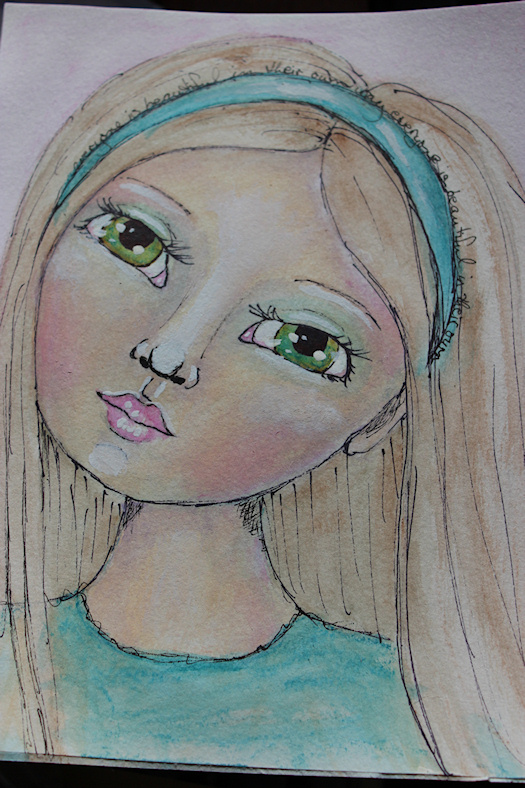 I fixed her nose, added my song lyric “everyone is beautiful in their own way” and used some white acrylic for highlights.  I added some sketchy scribbles and cross hatching.  I still have to fix the shading on her face. 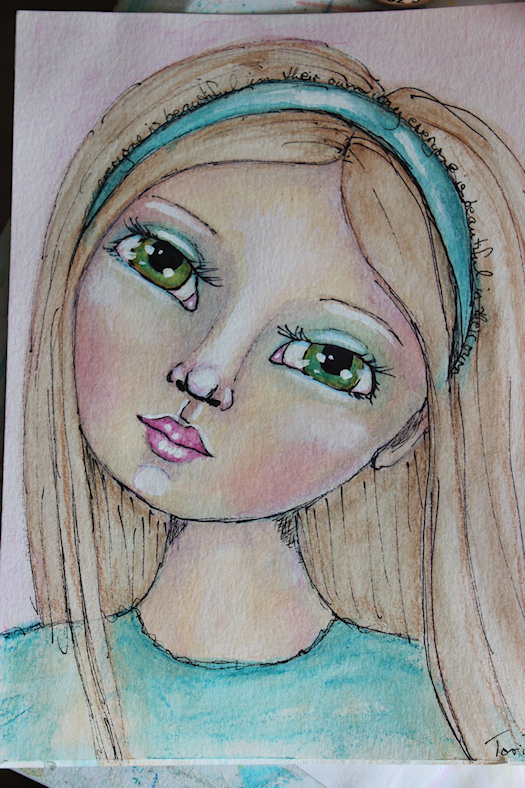 And she’s finished.  I used pencil crayons to shade the hair, add blue to the eyelids, and to fix the areas on the face that needed fixing.
On to the next face!
Posted in 29 faces, Creative Every Day, mixed media, portrait and tagged 29 Faces in February 2016, face, how to draw a face, how to paint a face, step by step, tutorial, wip, work in progress.